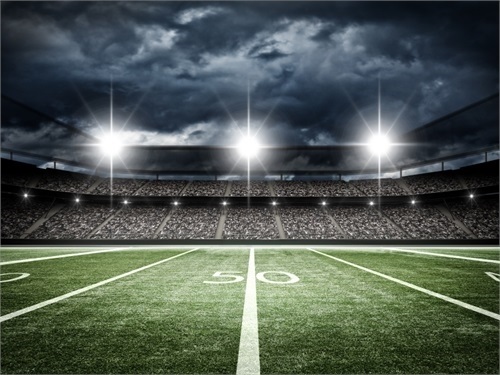 A Super Bowl Without a Game Clock

Congrats to the Denver Broncos for winning Super Bowl 50, and hats off to Peyton Manning in what may have been the final game for this future Hall of Famer.

As the players and coaches prepared for the game, they didn't know with certainty how the other team would play or exact strategies and tactics that would be used. One thing they knew for certain though, was the game would be 60 minutes, and at all times they would know exactly how much time was left in the game by simply looking at the clock.

Knowing precisely how long the game will be, and how much time remains, allows players and coaches to gauge how much effort and energy they can expend. When you're playing the biggest game of the year (and quite possibly the biggest game of your life) there is no reward for conserving energy. Coaches often say to "leave it all on the field." Translation: Give it all you have!

Imagine before the coin toss, the NFL decided to make two small changes to the Super Bowl.

As a coach or player, how do you strategize? Do you slow down and reserve energy and assume the game will last an incredibly long time period? Do you play as hard and as fast as you can, assuming the game will be over quickly?

In either scenario, an error in strategy could have significant impact. If you play too hard and too fast, you may find yourself exhausted and out of energy while the game drags on longer and longer than assumed. If you slow down and pace yourself too much, the game may end too quickly leaving you with plenty of unused energy and potential still intact.

As a coach or player, what would you do?

Someday, you will find yourself playing a similar game. It will be an incredibly high stakes game, and there will not be a game clock or known duration of how long the game will last. This game is called retirement.

What will you do? Hoard money and pace yourself in case you have a long retirement that lasts 30 or 40 years? What if the game is cut short after only 5 years? You could also assume your retirement game will only last a short period time and consume everything very quickly! You may enjoy a lot of cash flow quickly, but if the game drags on long after your money is gone, the rest of the game could be spent dead broke.

When you reviewed this dilemma with your financial advisor, what exactly was the strategy that was put in place to address this game? Are you planning to wait until the "kick-off" of your retirement to start putting a game plan in place? What do you think the impact would be if you started to put in place a game plan and a strategy now?