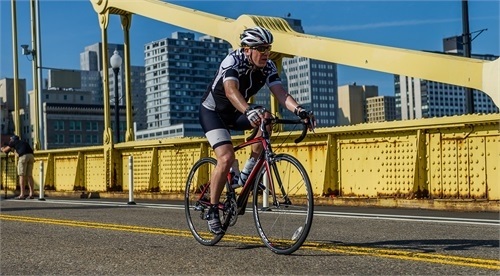 Why I hired a cycling coach!

In 2005, after watching the Tour de France on TV, I decided to give cycling a try. After one short ride, I was instantly hooked on the sport. The rolling hills, the wind in my face, and the scenic country roads gave me a feeling of freedom and escape from the everyday grind of the business world.

The thrill and excitement led me to some great charity rides, and ultimately to my first century ride in Lake Tahoe. It was during the century ride that I started to desire the competition of a real road race.

In 2013, I was on the starting line of my first race, "feeling pretty good" and looking forward to a strong result. That "feeling" I had on the start line quickly turned to misery and suffering as the pace of the race moved in a way that I can't put into words. If a few riders didn't drop out of the race due to crashes or bike problems, I most certainly would have finished in last place.

In 2014 and 2015, I did some research (Translation: Google Search) on training and race tactics. I even downloaded some training programs and followed them closely. My results improved, as I was now finishing as high as 2nd in my best race, and 15th in my worst race. The results were significantly better, but 2nd place isn’t the same as winning.

For this season, I finally hired a coach, but why? After all, there are plenty of apps, articles, blogs, books, and videos to give me all sorts of information!

I have come to the realization that information on cycling isn't the problem. What I know isn't as important as what I DO! My coach helps me with how I train, when I train, what I eat, when I rest…all the behavioral stuff!

In my professional life, as a someone who works with people on their personal and business finances, I see so many parallels to cycling. There is an abundance of information, yet most people aren't getting the results they are capable of.

The majority of the results that are achievable for my clients are not information driven, they are behavior driven. It's not what my clients know, but what they do and how consistently they do it.

If you feel like you are capable of better results, whether it be with sports, money, relationships, or business, get a coach! The coach isn't in your life to just educate you, but to help you do the things you need to do, even when you don't feel like doing it.